They had never once competed in a cyber security competition before. Of course, that didn’t mean they lacked confidence. You could see that both of ECPI University’s teams meant business by the shirts they had made which said on the back:

They were competing in a contest hosted by Old Dominion University, ODU Cyber Ops ’17, facing 25 teams – comprised of both students and professionals – most of which had plenty of experience in these type of events. When the dust settled, ECPI University’s teams had taken fourth and fifth place. Individually, Cyber and Network Security student Dennis Karako placed second in the CyberSim Challenge. Of the six teams from Old Dominion that entered the event, ECPI University’s teams bested five of them.

In an email sent after the event, ODU Cyber Security Students Association Vice President Christopher Weiss write, “We enjoyed the level of competition you brought to our team. It was very impressive for your first CTF and we hope to see you at future engagements.” 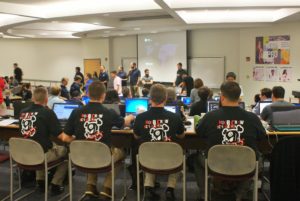 Some members of the ECPI University Cyber and Network Security team at the competition.

This particular competition is what’s known as a Jeopardy-style capture the flag (CTF) competition. Jeopardy-style CTFs have questions/challenges in a range of categories, such as Web, Forensic, Crypto, Binary or something similar. This event put competitors through a series of nearly 60 challenges over the course of four hours. Each challenge earned them points based on difficultly, ranging from 100 to 1000. The next task in the chain can only be opened after the team solves the previous one.

“One of the challenges was especially daunting,” says Computer and Information Science faculty member Scott Gibson. “Competitors had to locate and extract a tiny piece of data hidden inside one pixel within a picture. That picture was comprised of tens of thousands of pixels, so it gives you a pretty good idea what they were up against.”

Both ECPI University teams spent six weeks preparing for the competition, refining their skills in such areas as cyber forensics, SQL injection, and a variety of specialized software applications. “It was an amazing experience,” says Cyber and Network Security student Zec Allison. “We may be new to these competitions, but we impressed a lot of people.”

Because the competition was sponsored and supervised by GhostRed (GE Digital) and Booz Allen Hamilton, participants were able to network with high-level industry professionals. “I learned a lot,” says Cyber and Network Security student Ryan O’Neil. “It really helped me hone in on the career path I want to follow within the cybersecurity field.”

Now that they’ve had some success, team members say they are ready looking ahead to the next event. “I am so proud of them,” says Mr. Gibson. “To perform the way they did in their first competition is astounding. I think it reflects very well on what we are doing in the classroom at ECPI University.” 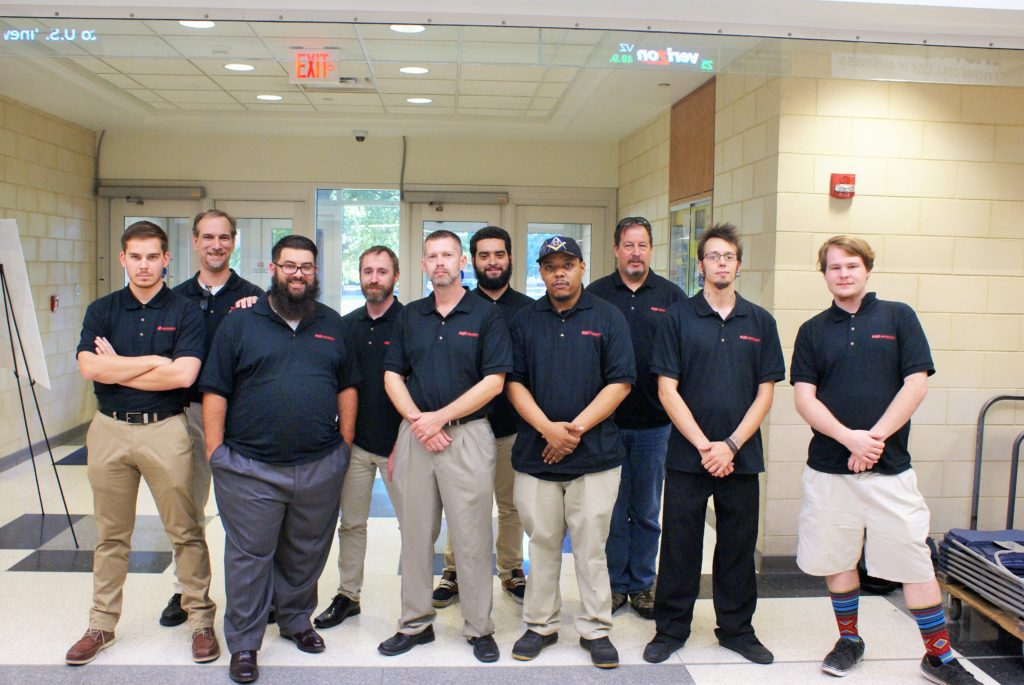 Palmetto Cyber Defense Competition Heats Up With Charleston Students In The Finals
December 26, 2017

Cyber Security Center for Innovation by ECPI University
May 23, 2017
Go to Top